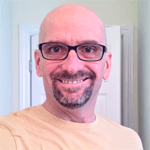 While some people have chimed in on the salesletter debate about whether long-copy salesletters are scammy, I believe we need to stop and take a closer look at what this whole thing teaches us.

Will this debate ever stop? No. In fact, it’s nothing new. It’s been around for hundreds, even thousands of years. Even as old as right-wing versus left-wing ideologies.

The Internet is just a new medium in which it takes place.

” The early adopters will fight tooth and nail to preserve virgin turf from being adulterated by would-be-contaminators from the other side of the spectrum.

Brian Clark, a blogging copywriter made an interesting case that I strongly agree with, in that neither side is correct. Nor wrong.

What Brian communicated in his article, whether he intended it or not, is the idea that it has nothing to do with who’s right or wrong, but comes down to the failure from both sides to learn from one and other.

In Brian’s own words:

Ultimately, it all comes down to presentation, and that depends on the audience you hope to reach. Both bloggers and traditional Internet marketers are leaving money on the table by sticking with convention and failing to learn from one another.

Whether or not this debate is valid, it still tells you something.

It tells you that the mere existence of a debate is case enough to question how things are done, and to take a more careful and sober look at how we can use all the tools presented to us to improve the way we reach our markets, write our copy and sell our products.

I believe that it has been overblown by extremists from both camps. While either side is passionately defending its position, I think people do take extremist views mostly to avoid that one problem we all fear the most:

In the comments’ section of that same post mentioned earlier, Brian pointed out the following gem:

“[“] I made reference to legions of would-be online copywriters mimicking what worked for Michel Fortin 3 years ago without realizing that times change. The only constant is change. [“] People copy what they see work online, but don’t understand that what sells a million bucks in a day for John Reese in one market may not be the right approach for every situation.”

In this new Web 2.0 where people can interact more, and are more vocal about their opinions and criticisms, we can become bombarded with diatribe from either side, confusing the issue even more.

Which often leads to paralysis.

Or as Brian Tracy calls “Psycho-sclerosis,” which means hardening of the attitudes.

(For the uninitiated, Web 2.0 refers to the idea that the web has evolved from a unilateral, unidirectional, static medium, to a more dynamic, interactive, two-way conversation. For example, we see this with the explosion of blogging, social bookmarking, AJAX scripts, which are tools that allow interactivity on websites, etc.)

You heard of the saying, “Paralysis by analysis.” What’s worse is “paralysis by passion.”

We shouldn’t take every dissenting opinion as gospel (including mine on this very blog), but see this debate as an opportunity to take a moment and question how things are done, and see what we can learn from both sides to take our copywriting to the next level.

In my opinion, the problem is not the use of salesletters. It’s the pervasiveness of a certain style of salesletter, which can be abused and greatly inappropriate for specific markets.

This “me-too” tactical approach lacks creativity, professionalism and strategy. Because it’s laziness, pure and simple. (And THAT is the root problem that should be debated, not its symptoms.)

I’m not against the use of websites with salesletters. (I still write copy for them right now.) But I’m against the fact that so many business owners discount other methods simply because they are different”

” And therefore fail to try them, to listen to their market, and to make an effort in coming up with, or applying, a few changes that can dramatically impact how large of a market they can reach.

(Or how profitable they can become with established markets.)

I don’t mean that we should discount fundamental principles of good copywriting, which, in my estimation, will never change ” or change so dramatically as to no longer be valid.

But what I means is, we shouldn’t swipe every bloody salesletter out there only on the basis that it worked at one time, for one business, with one market.

Doing so, we at the same time ignore new profitable ideas, fail to differentiate, or avoid thinking a little more creatively and strategically. (And as a result, as Brian Clark so perfectly said, we “leave money on the table.”)

And this is true with both sides. While there are “scammy-looking,” hard-hitting, hype-filled, “me-too” salesletters with bold red headlines and such, there are also hard-to-navigate, fancy-looking websites that require a Ph.D. in Geek 501 to learn how to buy from.

Proponents of the former bash those of the latter, and vice versa.

We can still take issue with either side, but I believe there is a happy medium. While this debate might ignite passions, some are getting swept up in it without accomplishing much, while others are watching quietly by the sidelines”

I think it’s about time people start seeing this debate for what it really is, which is a need to evolve to fit a new medium or to sell to equally evolving markets, without having to copy others thinking that a successful approach is universally applicable.

If we discover how we can learn from both sides and adapt what we learn to our market and goals, we could bring our copywriting to a whole new ” and far more effective ” level.

Michel Fortin is a direct response copywriter, marketing strategy consultant, and instrumental in some of the most lucrative online businesses and wildly successful marketing campaigns to ever hit the web. For more articles like this one, please visit his blog and subscribe to his RSS feed.