How To Dream BIG!

How “Big” can you think? How wild can your dreams of success get?

Do you keep yourself in check and only allow yourself to dream what you’ve been told is possible? Most people do. That’s why most people marvel at the accomplishments of people who truly Think Big.

Stopping yourself from opening up to what’s possible is illogical.

Remember the last significant breakthrough you had?  Maybe it was breaking a profit barrier in your business.  Something you always TOLD yourself you were determined to do, but when it happened, you still were like “Whoa, did I just do that?”

It doesn’t have to be about business, and it didn’t have to happen in the last several years.

There’s really no difference between different life accomplishments when you’re talking about the wow factor that follows a big, breakthrough event.

Once you knew how to do it, through experience, you never stressed about it again.  You just knew that you knew, and that knowing built confidence and muscle memory.  And from there you were on to bigger and better things.  In fact, you’ve been expanding since the moment you first opened your eyes.

At some point, though, someone introduced doubt…

This happens to all of us in life.  Someone or some experience made us think there was a limit to things.  A tiny dark dot of doubt entered into our thoughts and, depending on how much we fed it, it began to grow and cast its shadow upon every aspect of our lives.

Our decisions began to be affected by it.  We stopped taking chances because of the power we gave the growing doubt dot.  We talked ourselves out of “The Big Thing” with Doubt’s help. 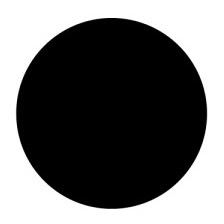 If you truly believe that you were meant to expand from day one of Life on Earth, what do you think made parts of your life stop expanding?

For example, you may have gotten the girl and you may have a great family, but money issues continually haunt you.  Or you might have accomplished some pretty big life goals in one area, but others simply never seem to take off and expand the way you expected they would.

It’s because you stopped expecting.  You thought you were cool with the idea of wealth, but deep down you had stopped totally believing-beyond-a-shadow-of-a-doubt in Wealth.

Is it logical to think that you only deserve to accomplish a certain level of success in life and business, but that only others deserve more?

In no part of this Universe are those beliefs logical.

And when they did this, there was no limit to their personal or business success whatsoever.  This is the stuff that millionaires and billionaires are made of.

Once one person broke free of the idea that humans could not break the 4 minute mile barrier, it happened.  And after that, people broke the barrier all the time, starting the moment the barrier became permeable.

Kids Can Show You The Way…

Kids are closer to the source of limitlessness.  They were just there, before they came here.  Its fresh and automatic to us when we’re young.  But as the world performs its magic Trick of Limits on u, we tend to wear down over time and give in to the mythology of limitations.

So how big can you dream?

Why not charge $10,000 instead of $1000 for what you do for clients?  Or $100,000 instead of $10,000?  People are doing it all the time.  You’re the only one telling yourself that you can’t do it.  Even if others placed that limiting idea in your head, you’re the one carrying on with the argument…supporting it by believing in it.

Life is but a dream.  And you can change the dream to anything you want it to be.

You are in control, at all times, over how much Muchness is in your life.  Other people only have the power to control what shows up in your life if you give them control.  They cannot take it from you by force.

You have to willingly hand someone else the power over your life to dictate how much you make, when and where you travel and how you experience life, who you marry, and what you accomplish.

The good news is that you can revoke that power at whatever moment you choose to do so.  You can take back your childlike ability to dream, to Think Big.  Like, really big!

The power is yours.  It always has been.  Take it back.

how to dream big

Focus and Fear of Success – The Biggest Monkey on Your Back?

Focus and Fear of Success – The Biggest Monkey on Your Back?

Boost Your Business and Personal Success by Creating Your Own Luck!